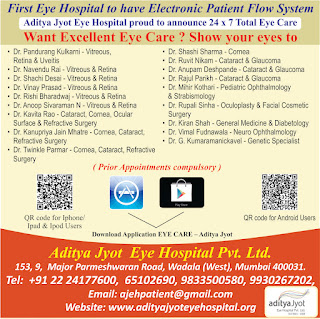 Posted by Aditya Jyot Eye Hospital at 2:33 AM No comments: 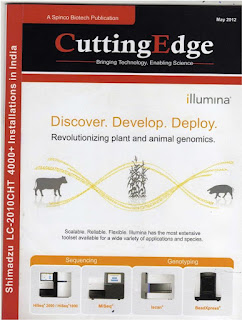 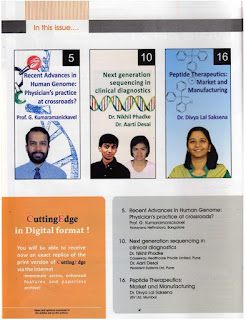 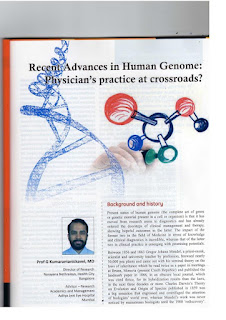 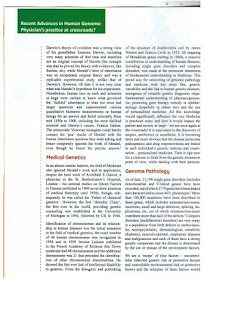 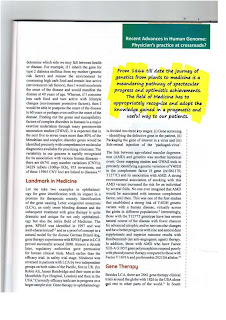 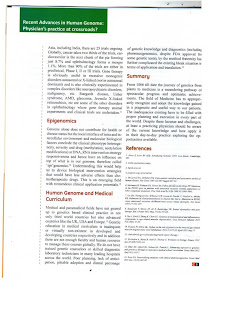 Posted by Aditya Jyot Eye Hospital at 1:11 AM No comments: 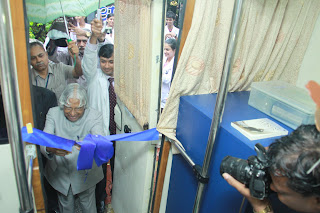 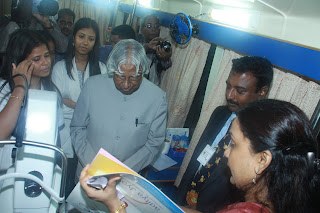 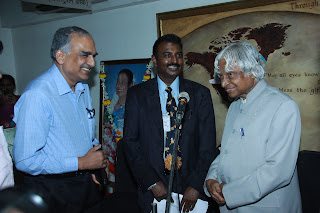 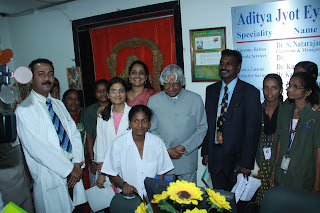 Dr A P J Abdul Kalam the former President of India inaugurated the mobile Diabetic screening van of Aditya Jyot Foundation for Twinkling Little Eyes on 17th July. Dr Kalam addressed the assembled Trustees, Doctors, Optometrists & social workers of the foundation after visiting the mobile van equipped with the latest Fundus Camera & Laser machine. He encouraged the gathering to join hands to take this War against Diabetes & Diabetic Retinopathy to its logical conclusion. Dr S Natarajan, Managing Trustee gave a perspective of the problem & stated that Prevalence of diabetes in India is expected to increase from 31.4 to 79.4 million in 2030.  The disturbing fact is that majority of diabetics would be at a younger age of 45-64 years. Diabetes related blindness which was 17th in the causes of blindness has risen to the 6th position.

The van equipped with these travels to various parts and is staffed by an ophthalmologist, technician, physician and has resucutation equipment for emergency management also.
In collaboration with various partners the van takes care delivery to the door step of the under privileged. 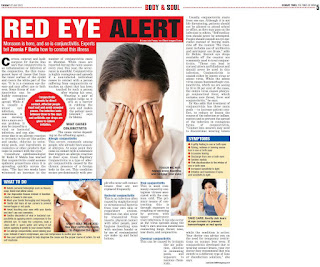 Posted by Aditya Jyot Eye Hospital at 12:12 AM No comments:

Observer From Turkey finds visit to AJEH most educative, fulfilling and spiritual


Early in the morning on the 4th of June as soon as I entered to the Aditya Jyot hospital I noticed the hand-made big World Map with the flags on it on the front wall. I asked the significance of these flags, and the secretary told me that the patients coming to this hospital all around the world leave their flags on the map after they got recovered. I thought that it was very delicate attitude to welcome people to the Aditya Jyot hospital. My main purpose to visit the hospital was to observe the Ozurdex Implant. Dr. Natarajan with all his colleagues and fellows organized for me a very educative and detailed programme, so I had chance to observe the vitreoretinal surgeries and to examine the patients with uveitis and retinal diseases. I had full course of Ozurdex Implant to the cadavre human eyes. I had also great experience from Dr. Natarajan related to the philosophy of patient-doctor relationship and self improvement. The last thing I want to mention is the “push” sign on the entrance of the operating room door, but if you look carefully below the “push” sign you see the words “your limits”. I think it is great way to encourage the people to reach their ambitions.

Posted by Aditya Jyot Eye Hospital at 12:11 AM No comments: